The transfer of Technologies for Sustainable Development Project aims to improve the quality of life for some 33,000 disadvantaged, rural poor households in eleven districts of five states in India. Activities focus on improvements in terms of economic status, health and gender equality and seek to support processes that are economically viable, environmentally sustainable, socially equitable and technically replicable. The project is helping to build and support peoples’ organisations that are effective in organising village communities to solve their own problems and improve public access to development support services. Implementation is by an established indigenous Indian NGO, BAIF Development Research Foundation. Assistance in capacity building and organisational management development within this Gandhian organisation, also form part of the project.

The NRgroup link between consultants leads to a fuller understanding of the project as a whole and helps in integration of inputs, in this case particularly in representation of field-level experiences within the project documentation

The project has introduced a number of agricultural and non-farm sector income generating interventions to both landless and small-scale farming households. Impact analysis initially focussed on the increase in production and income. Support has included widening impact assessment to include affect on labour and non-financial costs and benefits. A framework for analysing rural livelihoods in terms of five capital assets; natural, physical, social, human and financial has been introduced (after Carney, 1998). Use of this model has assisted internal understanding and lesson learning within the implementation agency, BAIF.

Certain interventions were found to be unsuccessful within some households and incompatibility of some intervention combinations was indicated, for example for single parent families (often effectively female headed) where the increased labour requirement was too great to handle. On the other hand, the popularity of interventions such as orchards (initially labour intensive for watering and low returns during the 3-7 years of establishment) are explained by the social and human capital gains that participants identify. Participants place considerable value on the increase in self confidence and social standing that they experience before substantial financial benefits occur.

A review of documents produced to date across the project was conducted and all current documents catalogued and entered into a simple, searchable database, which is available to all central level staff. A modified version on CD is in the process of being produced which, together with the newly installed CD writers, will make documents accessible at State level. 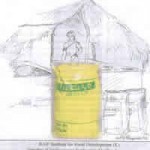 Various state-level workshops on documentation have been held and these have been successful in encouraging and facilitating documentation by field staff. Specifically, field staff have been assisted in the production of process documents, and farmer training materials and extension leaflets.

More recently, a central workshop for field staff has helped clarify priorities for the documentation of key intervention areas, develop plans for state-level documentation and develop a systems for co-ordination between states. The workshop also identified processes and support required at all stages for the production of quality publications.

An introductory project brochure and a portfolio of leaflets explaining specific aspects of the project approach and activities have been produced. Production of the leaflets describing the Jana Utthan (people’s empowerment) and Manav Vikas Sangh (peoples’ organisations) approaches entailed considerable discussion and internal debate among project colleagues, which has contributed to internal learning and conceptual changes within staff.

Further assistance is currently being given with regard to a video production.

(Thanks to BAIF TSSD project for allowing representation of their publications)